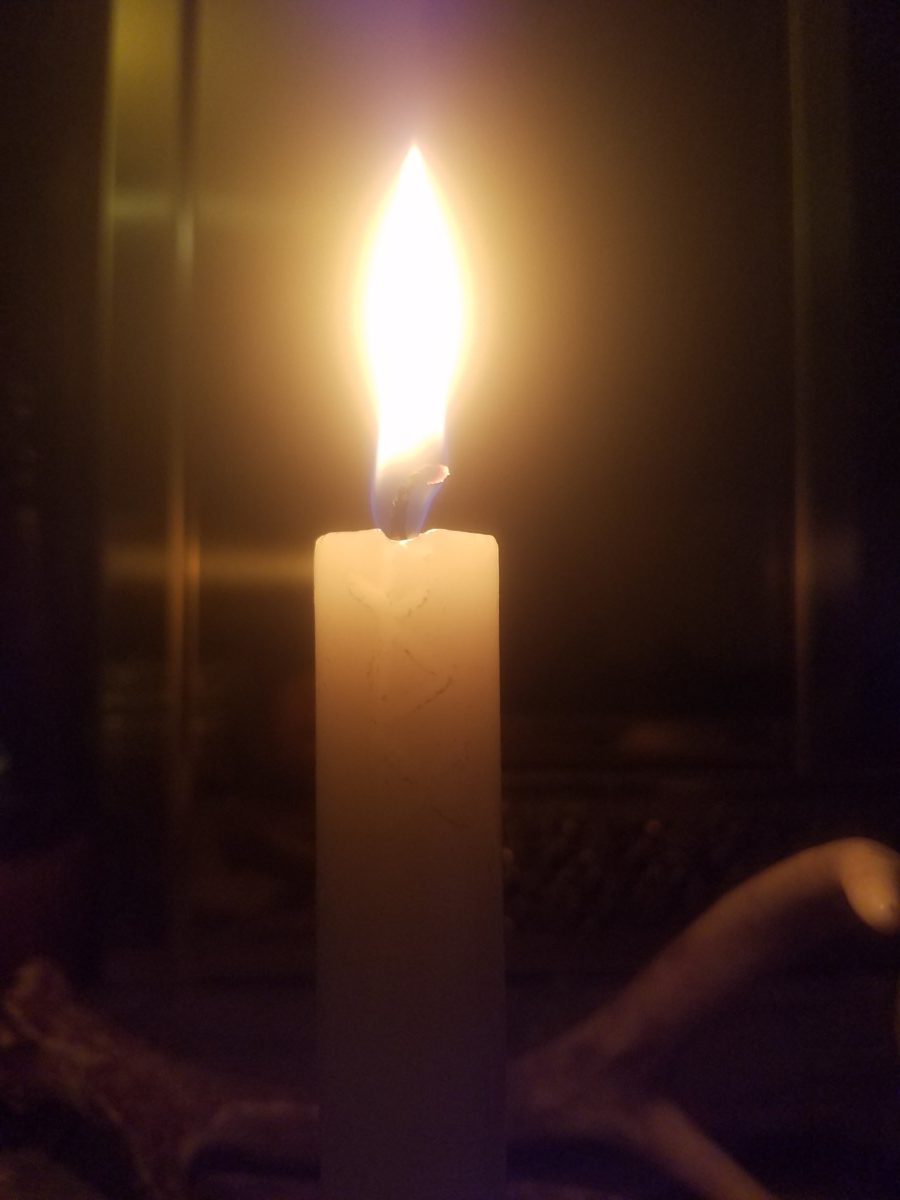 “Duh,” say the witches as everyone else rolls their eyes.

When I dive into a subject, I dive pretty deep before coming up for air to share my findings, and the deeper I dive into the “woo woo” arts, the more I think it’s all real. I know I’m losing people already, so let me clear some things up. I’m a scientifically minded person. I listen to the scientific community, wear my mask during covid for the safety of others, and vaccinate my son. When I’m presented with scientific evidence on a topic, NOT MEMES- REAL EVIDENCE, my views on topics shift. For example, Ouija Boards and pendulums “work” because of the ideomotor effect, not spirits. My brother Eythan and I did a whole Beery Eerie podcast episode on it and you should listen to it.

“Well if those “magic tools” don’t work, then none of it is real, right?”

Perhaps I can illustrate my point with a rambling personal story. Yes, that will show them!

My brother’s wedding was this past Saturday, the 16th of May. He and his fiance could not catch a break. Covid 19 shut everything down. The bachelorette party in Hermann Missouri was cancelled. They weren’t going to get to have the big ceremony on the day they planned, so they decided to push the wedding back in hopes that by September things would be different. Then they found out she would be deploying in September. Restrictions had loosened by this point, so they decided to go with their original date, but limited guest attendance. The tuxes were cancelled because the store closed. The wedding had to be outdoors for safety reasons, but the forecast called for rain. Heavy rain and thunderstorms. Enough was enough, it was time to intervene… with magick.

I’ve been researching and practicing witchcraft in my own way for a little while now. I’ve always been interested in it, drawn to it, but the story of my path to witchcraft isn’t why we’re here. I mean, I’m not even technically out of the broom closet yet. I’m basically awkwardly lurking in the broom closet with the door cracked open. Paganism is where I feel comfortable, and like I tell all my tarot clients, you should seek divinity where you feel the most comfortable. Like I mentioned earlier, it’s all real.

Back to the story- enough was enough! I decided to do whatever I could to stop the rain for their wedding day. I researched weather magick in my books and online. Maybe I could divert the storm, or better yet, stop it entirely. I got mixed results. My books gave me a resounding, “no don’t do it” because 1. it’s arrogant to think you can control such powerful forces, and 2. you don’t know what sort of problems you might accidentally cause, like flooding or a drought.

“I do what I want!!” I thought, defiantly. I decided to bounce my ideas off of another witch friend of mine who is on a more traditional path.

She told me, “Interceding for an ideal celebration is definitely doable. But Agamemnon had to sacrifice his child to prevent a storm, so like, that’s not ok.” Fair. That’s a pretty hefty price. But there had to be a work around.

“You can place intentions,” she said, “It may work better if you’re asking for their wedding to be as they wish it to be, rather than as you wish it to be. I find that tends to require less self-sacrifice, but like, no one way to do magick and all that. I think it’s really sweet of you to want him to have the best day.”

I am very sweet, AND I had my work around. No bride wants her outdoor wedding to be rained out. If I directed my energies as my friend said, and asked for their day to be as they pictured and desired, then it would work! Probably. Being scientifically minded, I could record in my grimoire whether or not it was a success easily. It would either rain, or it wouldn’t. Science.

I’ve had measurable success making prosperity candles for a friend in the past, so I decided to go with candle magick again. I made my first bindrune and carved it into the candle, calling out the runes by name. I anointed the candle with rosemary, did a little sex magic, and made a bunch of offerings to the deities I thought would help.

Two days before the wedding, I lit the candle and sent the picture to my brother. I had been telling him about my schemes throughout the week. We’ve gotten pretty close through our podcast so I felt hella comfortable sharing my machinations, although I left out the sex magic bit. Didn’t want to gross him out. I’m sure he rolled his eyes, but hey, it couldn’t hurt to try. I let the candle burn all night. In the sink of course, safety first!

The night before the wedding, the weather still showed an 80% chance of heavy storms. Some people might lose hope here, but not your girl. Sometimes you’ve gotta have faith. Even if it didn’t work, I could always wear a bathing suit under my dress. Modern problems require modern solutions.

The sun was peeking through my window the next morning. “Oh my Gods,” I thought, and I quickly grabbed my phone to check the forecast. There was still a chance for storms, but they would be scattered and would probably hold off until after the ceremony. “I DID IT! I AM A GOD!!” I thought, and then quickly remembered that hubris like that gets your ass smote. Gratitude and reverence was the way, so I offered up a pancake feast to the house Gods, ancestors, and spirits that helped manifest a blessed and joyous wedding day.

Magick is as real as you believe it is. It’s like tarot in that way. If you come to me open, you’ll see. If you come to me closed, you won’t. I feel like part of the magick I performed tapped into a universal family hope/wish/prayer that the wedding wouldn’t be rained out. The rain did hold off, I got to drink wine and drive a golf cart, and it wound up being a really beautiful moment for my brother and his bride. I wish them nothing but happiness.