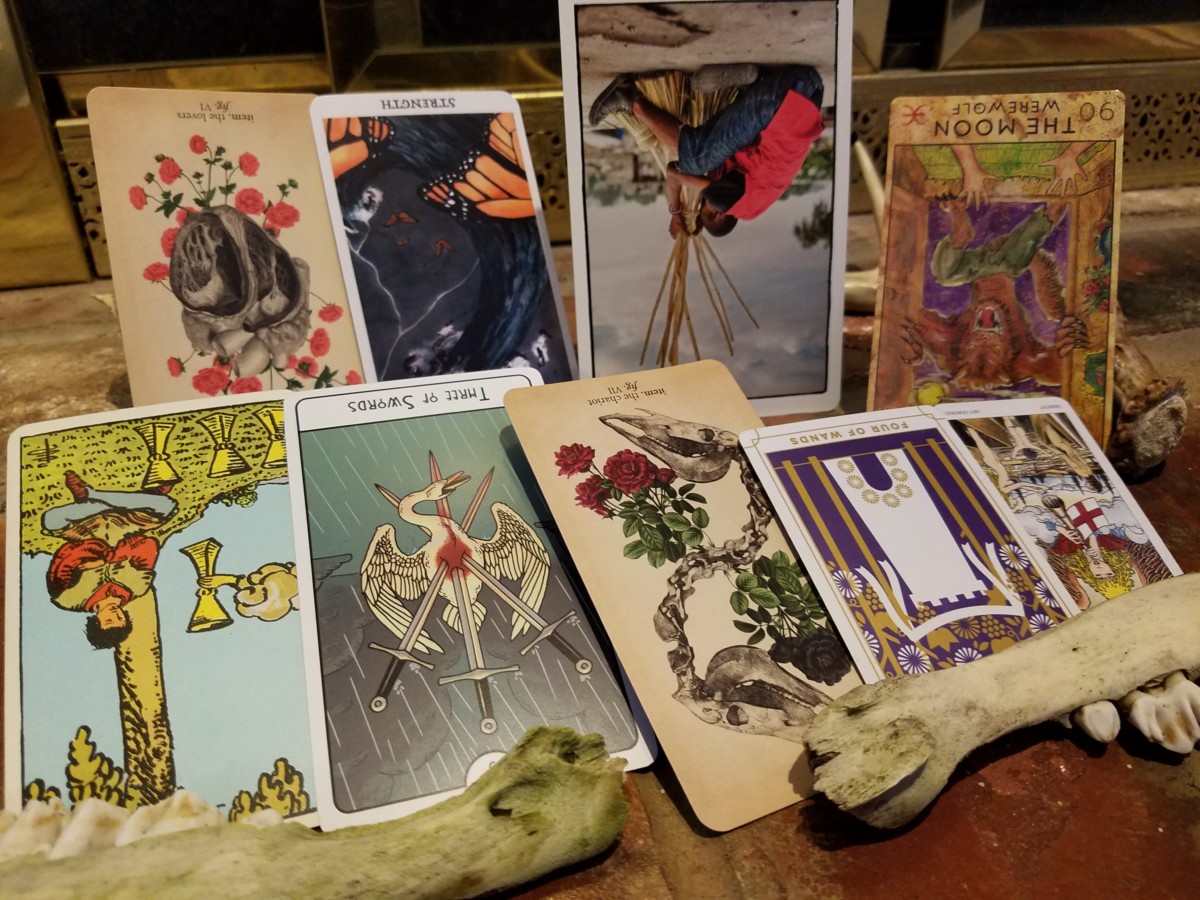 2020. The year of the Emperor in tarot terms. I was pumped for 2020 because I was full of ideas for my business, and I felt like my creativity was off the charts. I love being motivated. The New Year gives us permission to make changes and set goals we could pursue anytime, but fireworks and fanfare make it special! Blocked energy can put a huge damper on that.

Right before the New Year, my mom was hospitalized with the flu. She was discharged too early and a few days later, went back to the hospital in an ambulance. My step dad texted the news to the family and I started to panic a little. My heart was racing. I knew she was going to die. I was surrounded by my friends but I could feel her slipping, feel her unable to breath, feel a huge weight on my heart.

Through the dread came this pervasive acceptance. This is happening. A surrender not unlike the hanged man. Suddenly I wasn’t afraid, but calm. It wasn’t just the knowledge that there was nothing I could do about it. It was a profound and instant peace.

It was only when I visited her two days later that she told me she’d been in deep meditation while in the ambulance. My mom is Buddhist and she too was certain she was going to die. She almost did, so she reached out to us in her death meditation. She let us know that everything was okay and I knew instantly that’s what I’d felt that night. It’s not science, and many people might not believe me, but it’s real. She experienced things that aren’t mine to share, but have encouraged me to deepen my own spiritual practice.

For nine days both during and after her time in the hospital, my daily draws were all reversals indicating blocked energy. Her near death was a lot to process. At times, I became frustrated with my cards. I’m fine. She’s going to be fine. Everything is fine! But the cards don’t show us what we want to see, they show us what we need to see.

Life is fragile. Like the tower, everything can crumble around you in a flash. It’s not a reason to be fearful, although I’d be lying if I said I was brave the whole time, but that fragility is every reason to be present in the now. It’s every reason to be grateful for, and appreciate the world around you. The dark and dire remind us of how good the good times are.

So how do you unblock your energy? You confront it head on. Face it every way you can. Give yourself space to feel and process however works for you. For me it was meditating. For you it might be journalling, or exercise. Just don’t push your feelings down because that’s where they fester and rot you from the inside.

My tarot cards still come up blocked from time to time, but we’re normalized now. I’m still excited for 2020, too. Call or text your loved ones every now and then, and let them know how much you love them. Live in the now!