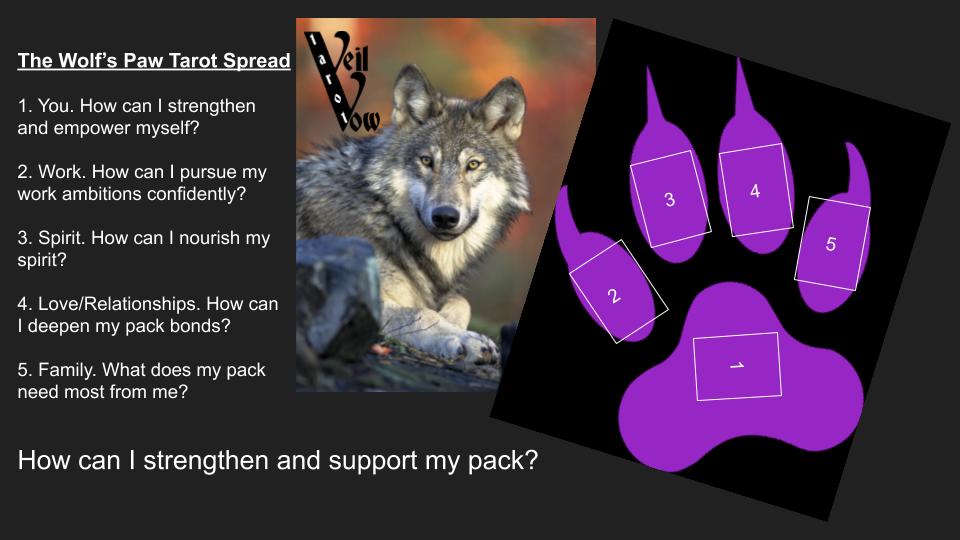 Tarot spreads are as varied and stylized as tarot readers themselves. Some tarot pros create individual spreads based on the client’s question, others rely on tried and true classics like the Celtic Cross. Whether you’re a client, or an aspiring tarot reader, here’s what you need to know about tarot spreads.

A tarot spread is the physical layout for the tarot cards. Each position has a meaning, and the reader uses both the tarot cards, and the spread positions, to interpret the reading for the client.

2. How many cards are in a tarot spread?

The number varies. My daily draws are usually just one card. A past/present/future spread is, you guessed it, three cards. The Celtic Cross is ten cards. There are spreads that have more. I’ve seen tarot spreads that use the entire deck. It’s not the number that matters, it’s what the positions mean and the story that’s presented, that matters.

The first thing you need to know to create a tarot spread is what your client is asking. If they are weighing two options, like the choice between two job offers or two schools, a ten card deep dive probably isn’t necessary. Maybe it’s as simple as two cards. One card could be the energy of choice one, another is the energy of choice two.

Maybe a card for the pros and cons for each option, and then a likely outcome.

Or you can even pick a shape, like I did with the wolf’s paw, and then assign meaning based on a theme. It’s a creative process, so have fun with it. The possibilities are endless.

4. Where can I find spreads to try?

The internet, where you are right now, is a great place to start. There are so many free resources out there from sites like Biddy Tarot, or Labyrinthos. Instagram and Pinterest are full of resources too.

One of my absolute favorite sites is Interrobang Tarot by Evvie Marin. Her tarot spreads are hilarious and insightful, but if you want to use them professionally, donate to support her art, and give her credit!

Also, books on tarot usually include tarot spreads. Even some decks, like the Ghetto Tarot deck, come with their own unique spreads to try.

Have fun with your tarot spreads and practice everyday if you can!