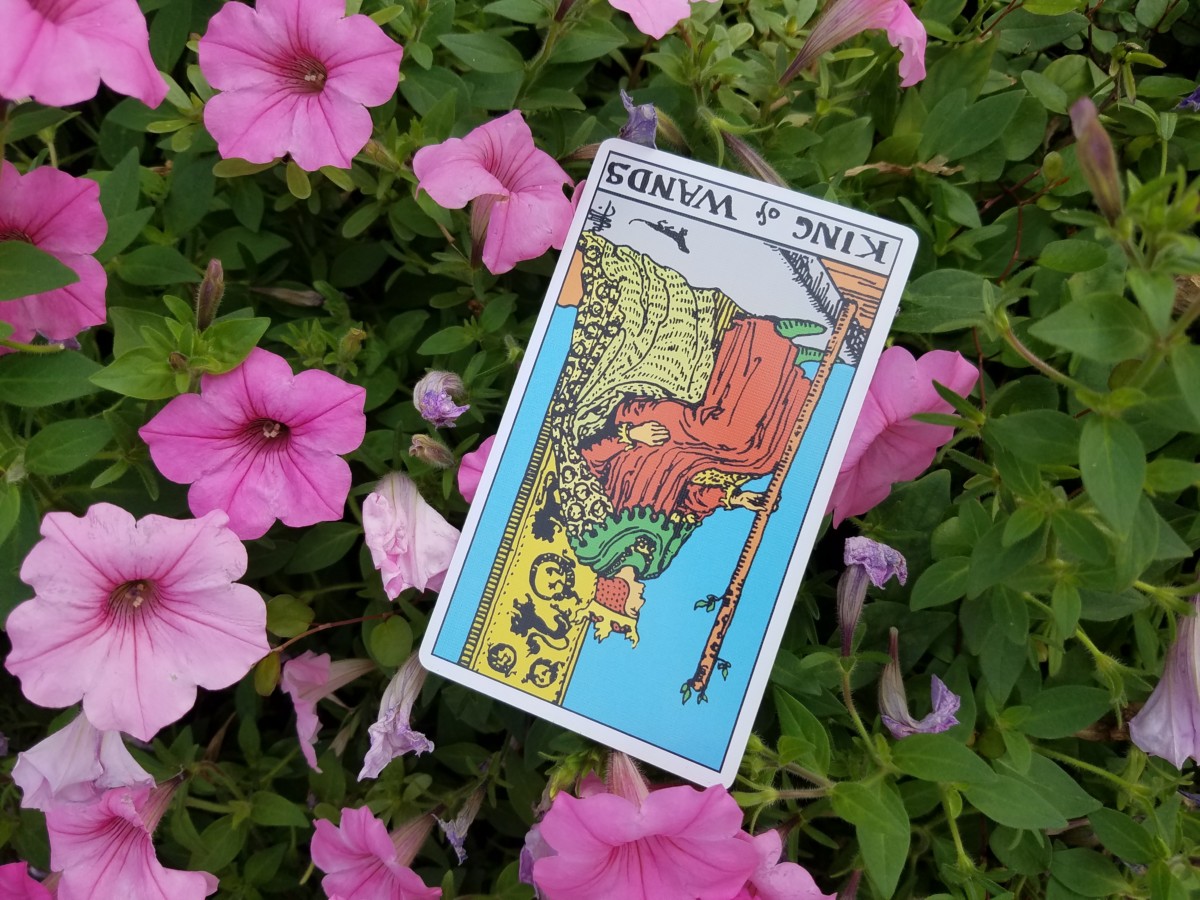 “Hey, your card is upside down…” my dad mentioned as I snapped the photo for the daily draw.

“Actually, I meant to take it that way.” I replied.

This led to a discussion on reversed cards and how tarot card meanings can change based on whether its upright or reversed. Some readers don’t read inverted cards because it bumps the number of meanings to memorize from 78 to 156. Others like Bakara Wintner, author of WTF is Tarot?…& How Do I Do It?, feel reversals create a disproportionate number of negative outcomes in the cards. Whether or not your tarot reader utilizes reversals is purely stylistic.

So what does it mean when a card pops up inverted? It can mean any of the following:

The card is sticking out for a reason. Pay attention to it and use your intuition. Talk to your reader too. Maybe you see meaning that they’ve never considered before.

I do read inverted cards, but I like to determine their meaning based on the surrounding cards within the greater context of the spread. Take the fool, for example. Where is the fool about to leap? Toward a classically positive card, like the sun, or toward a card with negative associations, like the tower? Positions within the spread make all the difference.