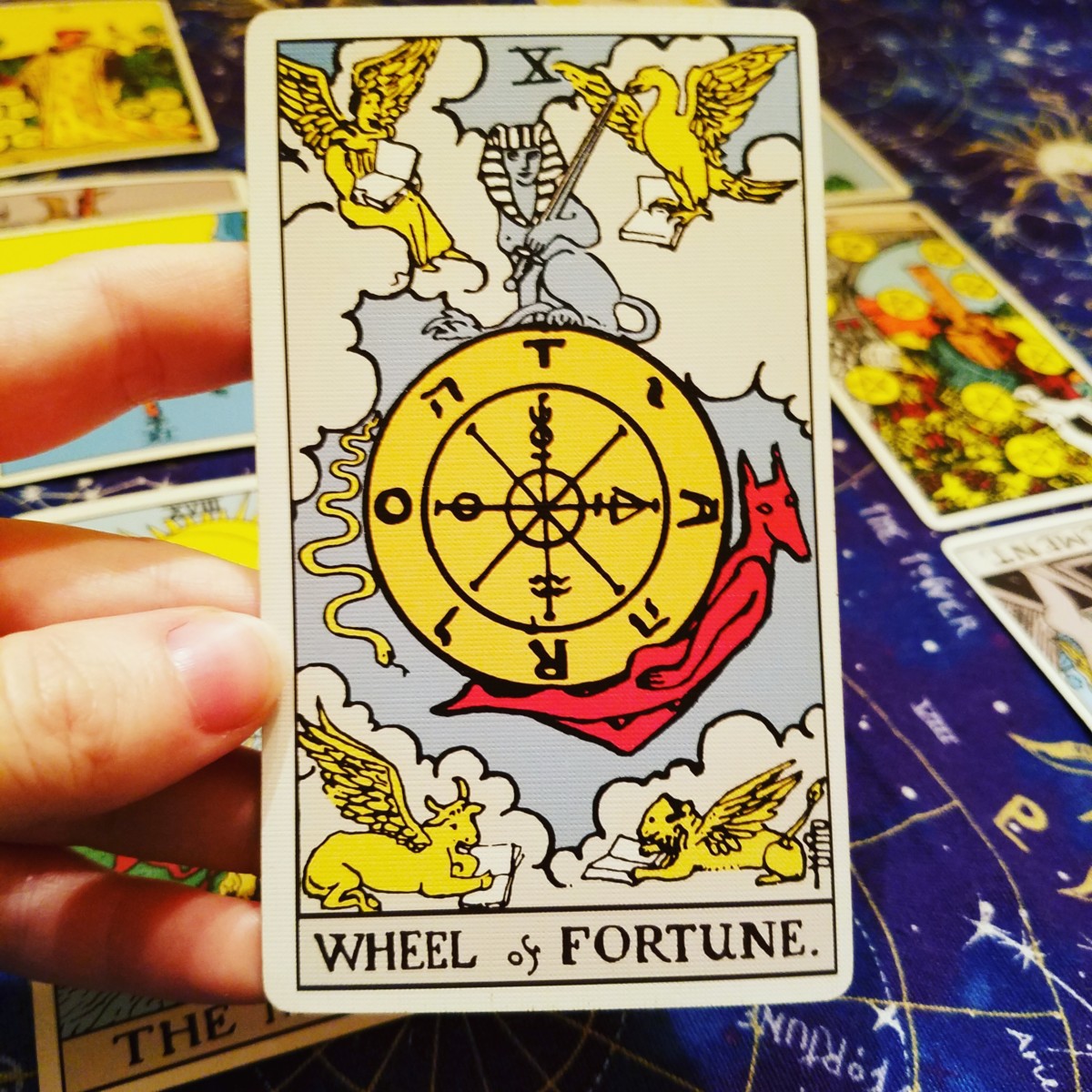 There are many myths that surround tarot and tarot reading. Tarot has become more popular and mainstream, but superstitions persist. As a reader who actively tries to demystify and make tarot accessible for anyone, I feel like some of these myths should be addressed.

1. You have to be psychic, able to read minds, or talk to spirit guides/angels to read tarot

I was at a Panera recently, and the cashier saw I was wearing a tarot shirt and told me it looked cool. I told him I read tarot and he said, “Uh-oh! So you can like, read minds and stuff?” Nope. Not even close. I have always made it clear that I’m not psychic. I don’t have conversations with angels or spirit guides. You don’t have to be gifted with psychic powers to access tarot, but you will probably need to read more than the little white book that comes with your deck to feel confident as a reader.

2. You must be given a tarot deck as a gift for it to work

This myth is so pervasive that I’d heard it before I ever cracked a tarot book. I’m not entirely sure where it comes from, some speculate it originated within the Hermetic Order of the Golden Dawn, but modern tarot readers agree this myth is crap. While I love getting decks as gifts, you don’t have to be given one for it to “work”. You should choose a deck that resonates with you that has art you like! Do take note that most tarot resources use the classic Pamela Coleman Smith imagery, but that shouldn’t stop you from picking a more modern style.

3. The tarot cards will predict your death!

While it’s true that you are going to die- we all are- the tarot cards can’t predict your death. Your reader doesn’t know how or when it’s going to happen, and if they claim they do, they are probably scamming you. Psychic and tarot scams do happen from time to time, so it’s important to know the signs of a “psychic” scam artist. If a reader tries telling you you’re cursed, and asks for large sums of money for special spells or whatnot, get outta there! That’s a scam.

4. You can’t read tarot if you’re pregnant or if the querent is pregnant

False, but it is a belief held by other readers I know. The reasoning goes that the energy of the growing baby will disrupt the reading unintentionally. Tarot rituals and personal rules are just that- personal. I say if it feels right for you to read while pregnant, then do it. If it doesn’t, don’t.

5. Tarot invites spirits or evil energy into your house

How? 78 paper tarot cards don’t have the power to summon demons into your house. Also, that’s not what tarot is used for. People who think evil spirits will follow you if you read tarot also believe that tarot readers are being deceived by Satan, and that witches and divination are abominations in the eyes of God. Sigh. The tarot cards, replete with Christian imagery, just help you gain insight on what’s happening in your life. They help you access your intuition and see yourself in a different way. No evil spirits.

What are some myths you’ve heard? Let me know!